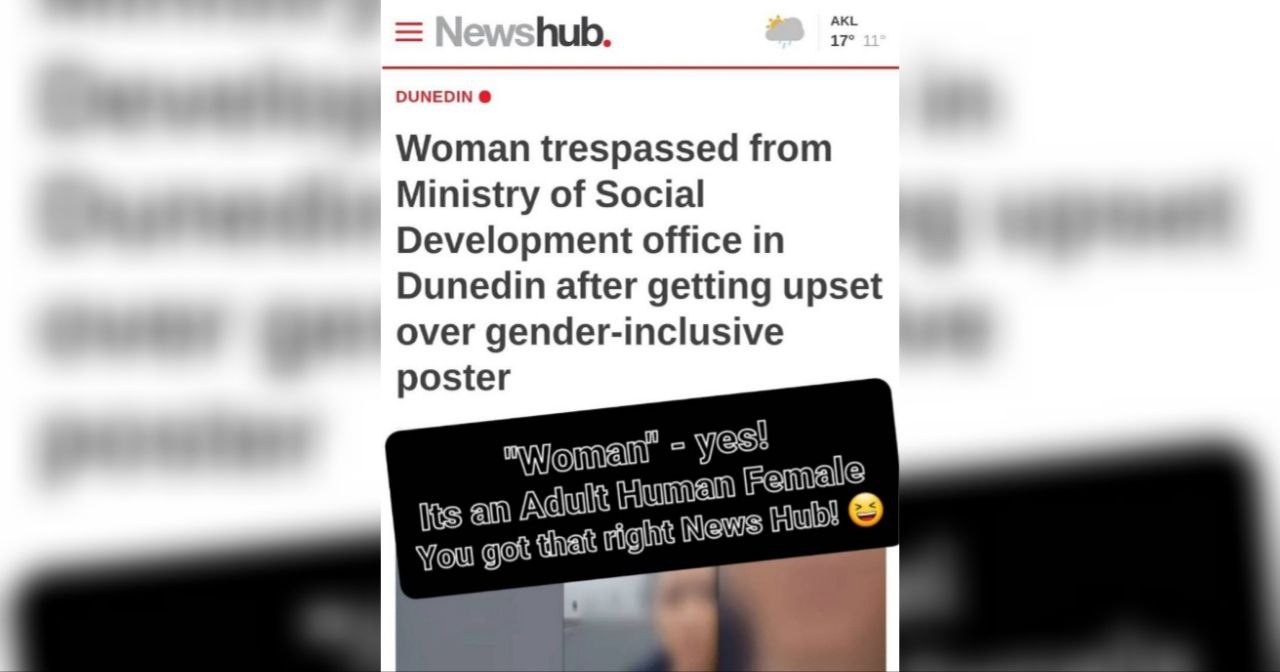 As Government departments and private corporations continue to push the ‘Trans Rights are Human Rights’ campaign, internationally and within New Zealand the red flags and the lack of safeguarding for Woman and children continue to be highlighted.

On 16th September 2022 the MOH removed the term that Puberty Blockers are ‘safe and fully reversible’ from its website.

However, two articles produced by Stuff and News Hub have both reported that despite this removal of information these drugs are safe and fully reversible.

The reporters and the journalists involved in these articles are misleading the public and reporting FALSE and HARMFUL information.

Concerns continue to be raised due to the unrestricted use of these drugs in NZ and the organization PATHAs involvement in promoting and advertising.

The MOE also have their part to play in promoting the Trans Agenda in the Sexual Health Education Guidelines (released Sep 2019).

The trans agenda’s clear attempt to erode ‘Sex Based Human Rights’ puts all NZ children and families at risk of being exploited for pure political gain, medical experimentation and for the pharmaceutical industry and corrupt surgeons to make profits.

Political and private organisations have made a clear attempt to push drugs onto young children which sterilise and cause significant harm to a developing child. There is now a strong precedence set for an internal investigation into the Governments involvement in the purchase and administration of these drugs through PHARMAC and the changing of legislation to allow this abuse to occur on NZ children and youth.

This is called ‘Political abuse of Psychiatry’.

The MOE MUST WITHDRAW their Sex Ed Guidelines from schools stating clear safety concerns for children and young adults if their teaching take place.

The shame of the NZ Labour Govt, politicians and news agents that have stood by in recent years and done nothing to stop an agenda which abuses children will be written in our history books.

The number of children sterilised, healthy bodies mutilated, woman raped, verbally abused, and publicly shamed for stating obvious facts about these abuses is not something our country will be and should be proud of.

‘’In recent days the UK media has reported that up to 1000 families are expected to file a medical negligence lawsuit against the Tavistock Gender Identity Development Service, the National Health Service’s gender clinic for children, young people and their families.

Key grievances relate to claims about harmful side effects from puberty blockers, and the view that children and young people were rushed into drug treatment without adequate assessment and counselling’’.

Another article in NZ:
www.publicgood.org.nz/2022/09/13/the-closure-of-englands-youth-gender-medicine-clinic-and-its-impacts-for-new-zealand/