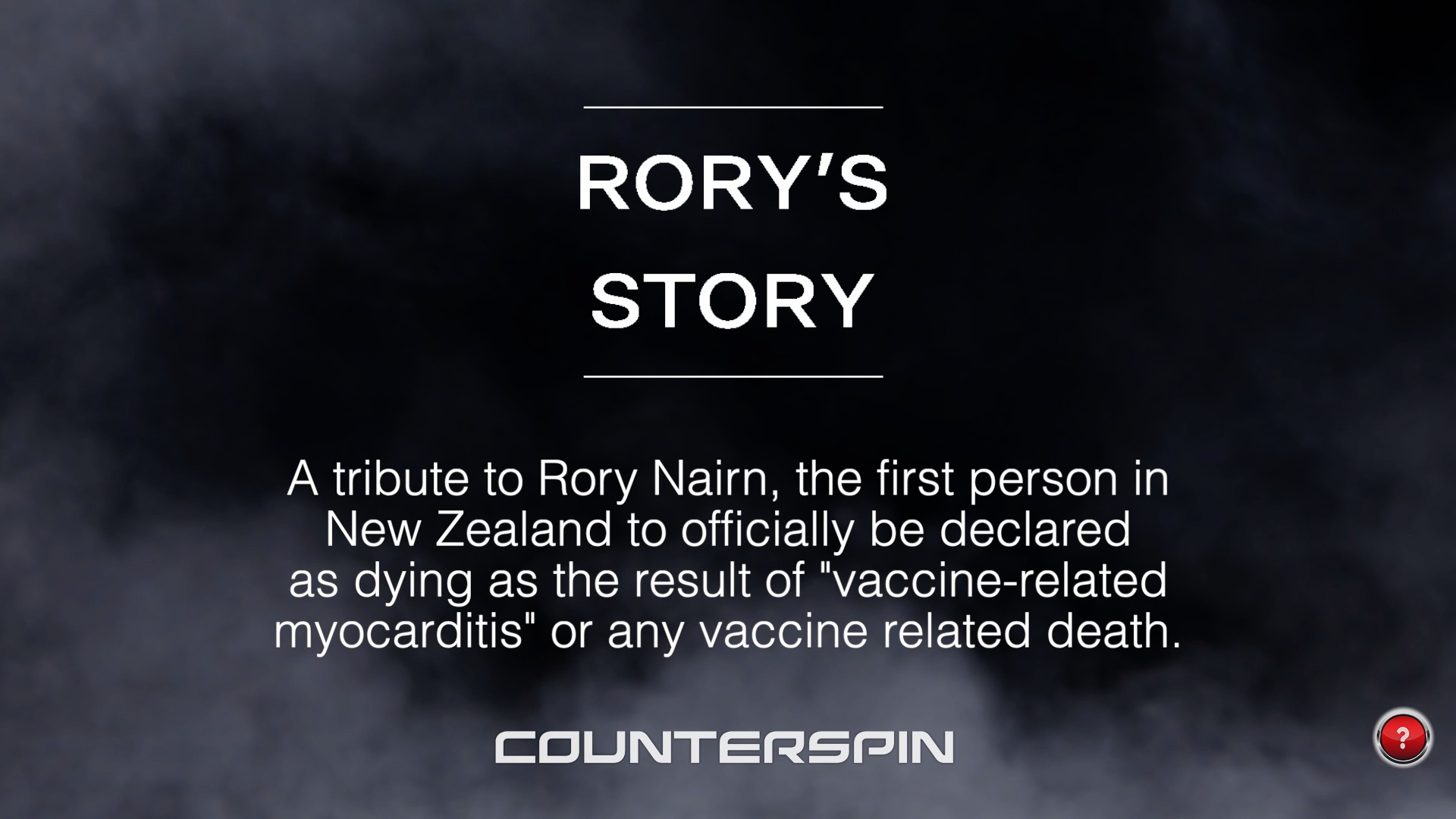 Rory Nairn took the Pfizer jab on the 5th of November 2021.

12 days later, on the 17th of November, Rory passed away tragically on the bathroom floor.

Ashleigh Wilson, his fiancée, stood helplessly by, unable to save him.

They had just bought their dream home, were due to be married on March 26th, 2022, and had planned to start a family.

This is Rory’s story, as told by Ashleigh.

It’s a heartbreaking tale, of a young couple, with a bright future ahead, that was stolen from them.

Whilst Ashleigh continues to grieve, she refuses to allow Rory’s death to be in vain, as she fights for informed consent & an end to vaccine mandates.

If you’d like to see more of these documentaries, please consider supporting us, at Counterspin Media: https://counterspinmedia.com/donate