With this being the final stop on the tour, Nelson certainly helped us go out with a bang.

Anne Fitzsimon, was the hostess with the mostess. A Nelson freedom lover with passion and heart as the MC for our final scheduled stop.

Dana Lee is a mother with many talents. Her commitment to truth, courage and freedom are second to none. Her belief in Counterspin has never waivered and her encouragement got us through some lows, so to have her help with managing the tour has been an amazing high.

Tonight Dana shared her thoughts on the state of affairs within our country and the attacks by fascists calling themselves anti-fascists.

Phil Ashworth has been on Counterspin before sharing his harrowing story of abuse at boarding school in Australia and recently spoke at the Dark to Light tour here in Nelson. Tonight he shares his story.

Sarah Carter is a mental health worker and was injured by the jab. Something has awoken within and now she just can’t shut up.

She was mandated to keep her job suffered an adverse reaction and her quality of life has decreased significantly.

Through talking and sharing her story she has managed to connect with some incredible experts who help support the jab injured.

Her current mission is to work at a local level to bring people who have been injured together to get the support that they need as the system has failed.

Zahra Lightway is inspired to create unity in a divided world. She shares a story of how a team of good hearted people who were able to create an enriching learning experiences despite restrictions.

Carolyn & Donna are the sisters of the late Cass, who died in a horrific car crash in 2021 coming back from a freedom protest in Wellington. These two brave ladies are fighting for freedoms & rights like Cass did, because their sister died due to the mandates.

Linda Ho is an NLP & hypnosis trainer, breath work practioner, ex clinical nurse manager & uses her tools to help wake people up & create their heaven on earth. As a married mother of 2 she is fighting for her children.

Tracey Power is Nelsonian who has been a business owner and a holistic health practioner. She is now a national merchant manager for the People’s Choice – NZ parallel economy.

Tracey is traveling the length & width of NZ bringing merchants & buyers together in community to trade & exchange on an alternative platform.

Collingwood Mad Cafe owner Nganga, born Kelvin Paul McKenney, appeared in the Nelson District Court on Monday, on multiple charges of selling and displaying alcohol without a licence, driving in a dangerous manner, and failing to answer court summons. When Judge Tony Zohrab asked Nganga how he pleaded, he said the charges did not apply to him, as he was a “non-resident settlor”. Tonight Nganga shares his story about standing up for truth, free from the biased Mainstream media lens.

Joanna Plows had 25 years in the Green Party including running the Nelson office and got banned in November by unconsulted declaration ‘No unvaxed members to attend conferences,mtgs or events’. She was on the local exec organising branch ops and activities. Now she has lost most Green friends and contacts and personal friends. She spent 2 and half weeks at Freedom Village and involved with Voices for Freedom.

Angela MacKenzie is a longtime gold star Counterspin supporter with a few words to share.

And it wouldn’t a fitting finalé without a curtain call for the crew. 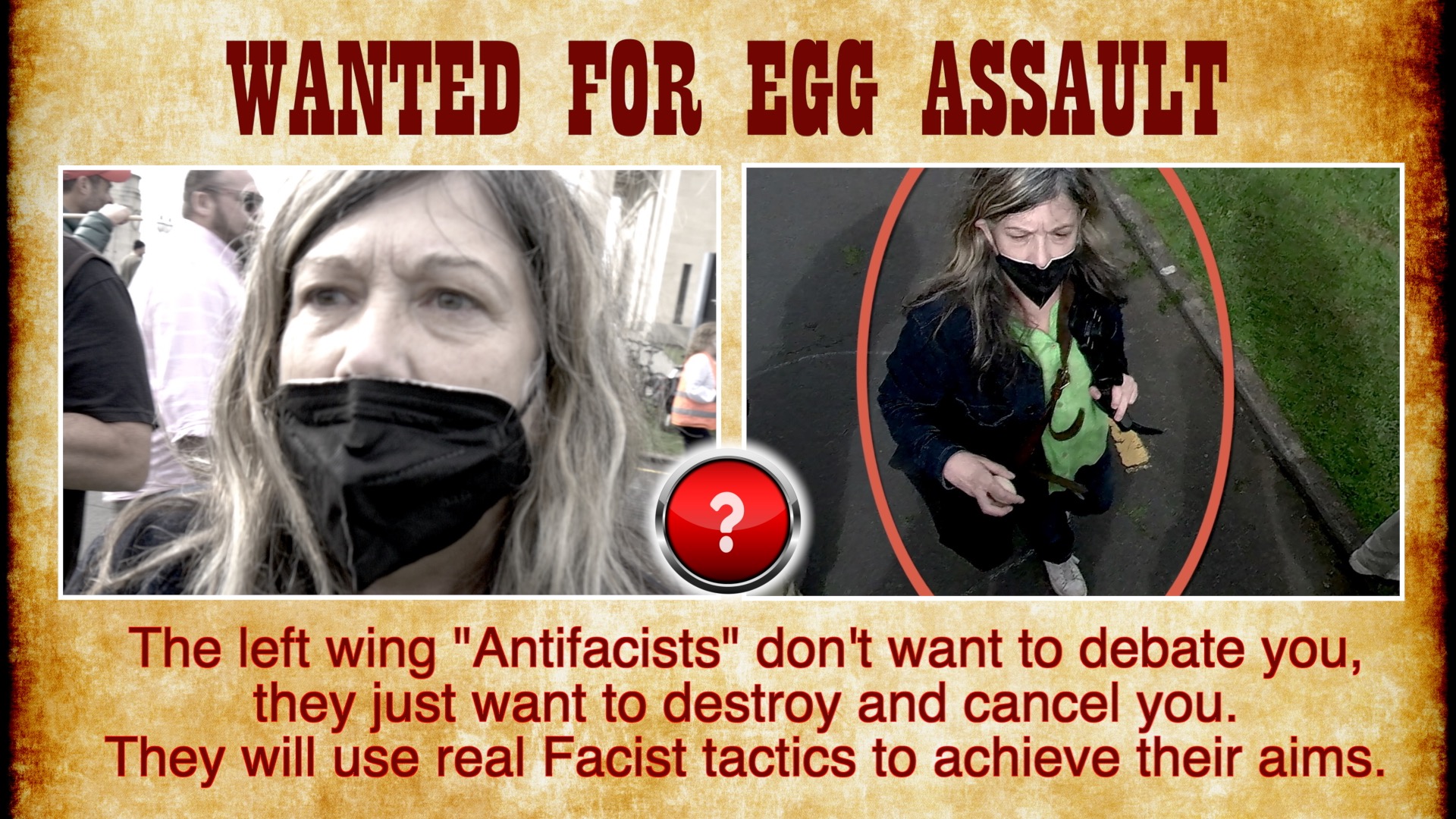 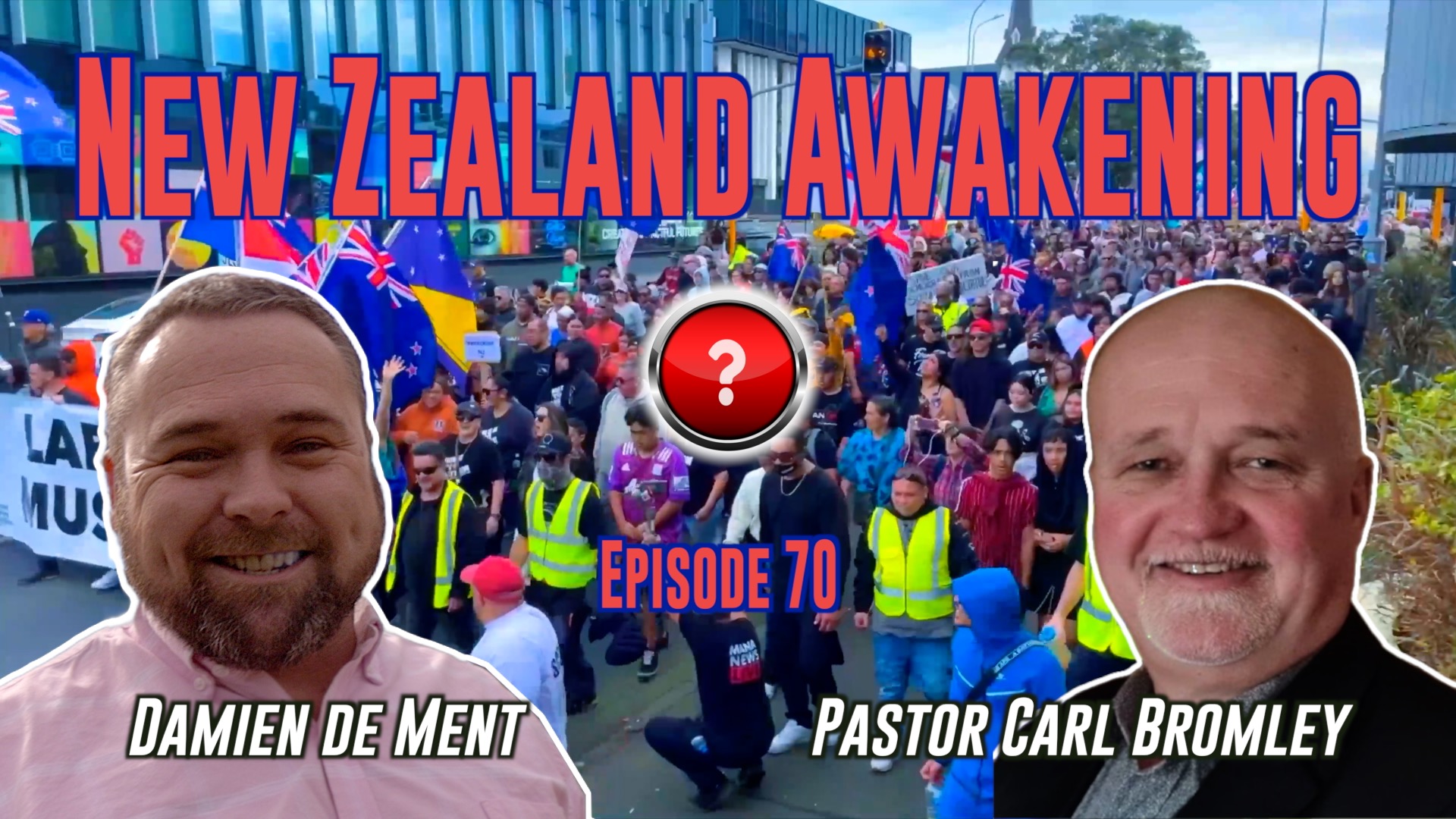 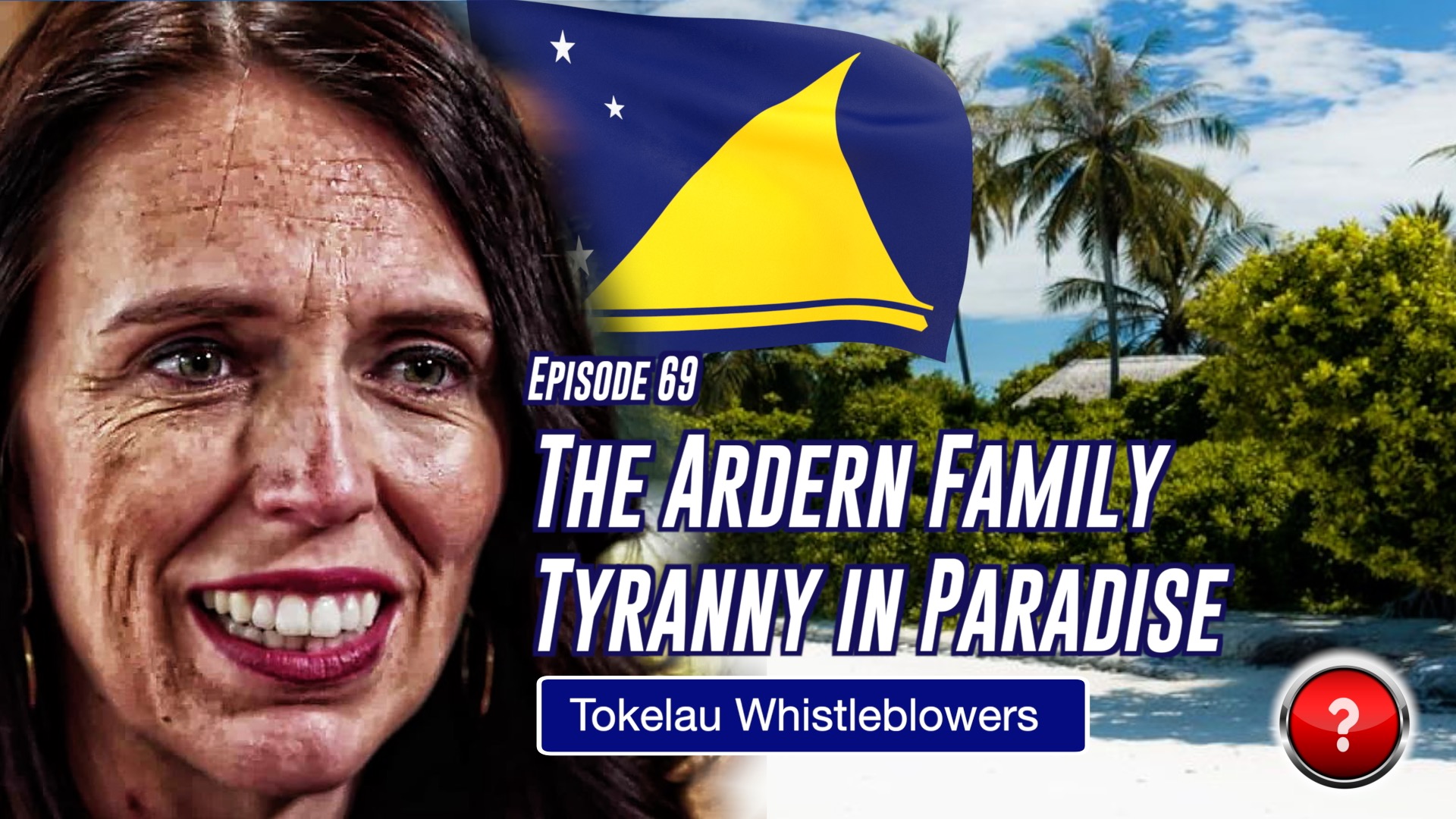 The Ardern Family Tyranny in Paradise – Tokelau Whistleblowers Speak Out