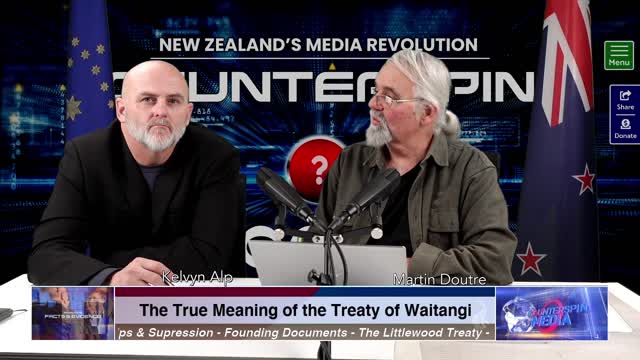 We present evidence academia, politicians and the media don’t want you to see.

It’s going to be controversial but very educational.

Host Kelvyn Alp, talks to researcher & author Martin Doutre about his 2 part article on the lost original English final draft of the Treaty of Waitingi:

Martin Doutré, long time researcher, historian and author ​first became interested in archaeo-astronomy in the 1970’s and, by applying exacting surveying and measurement techniques, has made a close study of mysterious, New Zealand, pre-Polynesian structures.