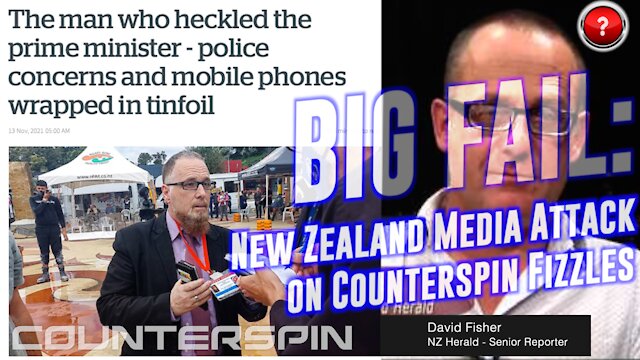 The NZ Herald is New Zealand’s largest circulating newspaper and sent one of their veteran reporters to write hit pieces on Counterspin Media this week.

Fisher called Chafin and we released that phone call, then on the 13th of November, the Weekend Herald dropped a weak attempt at a hit piece on Shane.

In the video above, Shane & Kelvyn destroy Fisher’s article and the world finds out who the real racists are.