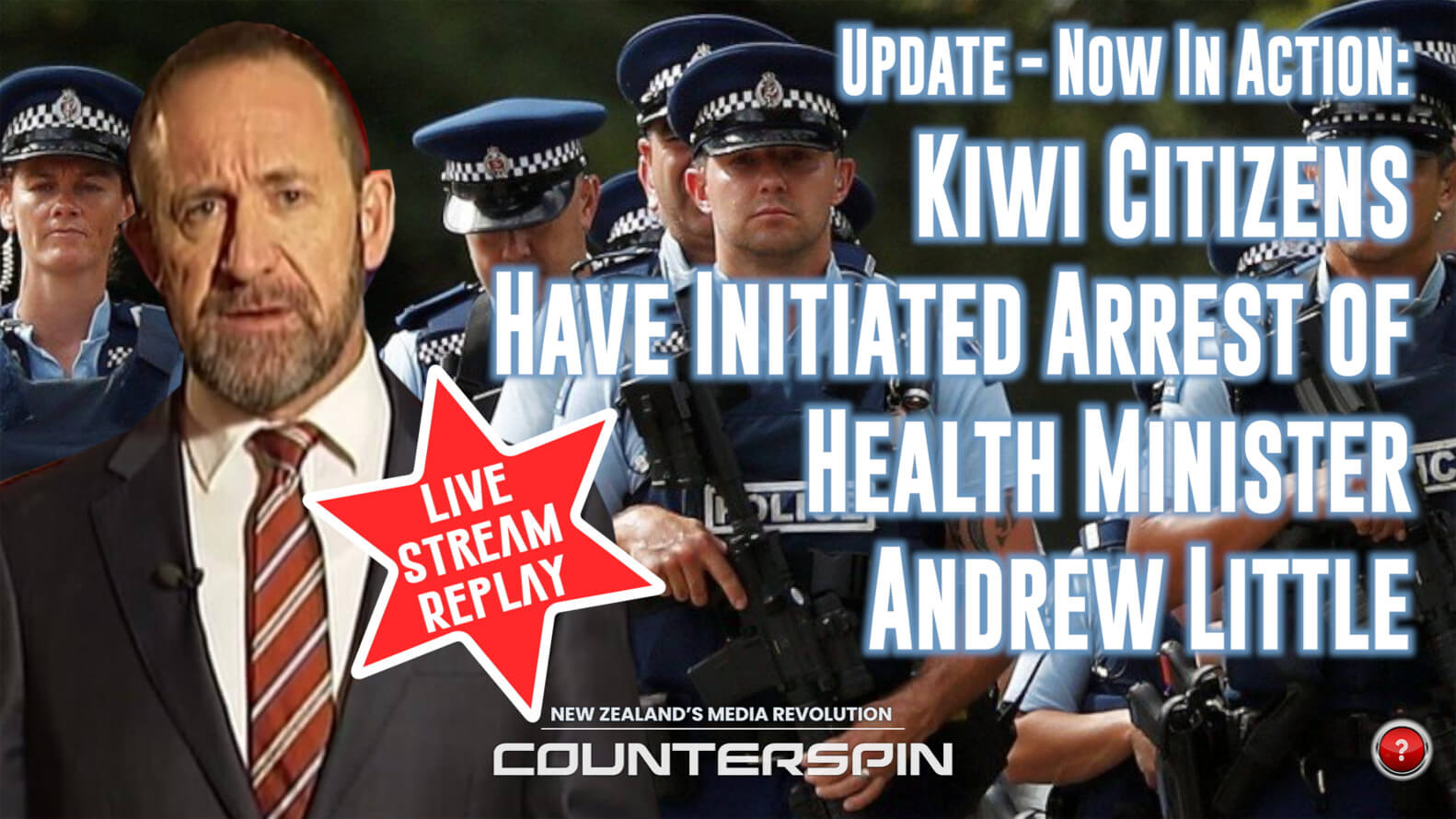 Following the filing of documents that were submitted to the High Court on 22 December 2021, and accepted by the High Court Registrar:
Brett Power from Stratford, accompanied by over 200 people, served documents to the New Zealand Police in New Plymouth today.

Brett is calling for people to put in their evidence of jab injury or death to support this case.

If the police do not take the necessary action, investigate and arrest the Health Minister then a citizens arrest will take place.